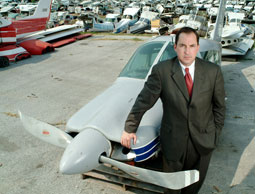 The Aviator: Jon Kettles is the guy to call when something happens in the sky
Click here for article

“One of the benefits of my type of work is I don’t have to represent someone if I don’t believe in their case. When people come to me, they’re usually in the worst times in their lives. I believe I help improve things for them when they’re in a situation where nobody else is doing that for them. It’s a tough job, but I can sleep at night knowing I believe in what I’m doing.” 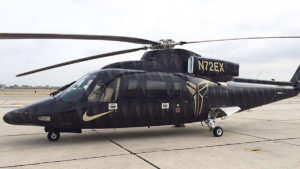 “You can draw some logical conclusions by the basic information we know now. The radar flight path, the airspeed. All of those indicate the pilot inadvertently went into clouds where he didn’t have reference to the ground. It’s basic stuff. There’s nothing speculative about that.”

What [investigators] will probably be looking for is [whether] the crash was caused by something related to a new design feature such as the fly-by-wire or some other new system in this aircraft or was caused by a more traditional failure such as a critical component that fails like a bolt.”

he Mystery out of Aviation Law
Click here for article

“Kettles is a dual-rated ATP/CFII attorney and aerospace engineer with over 20 years of experience investigating accidents uncovering why it happened in order to hold the responsible parties accountable. Kettles will pull back the curtain to expose some common myths while explaining what pilots need to know.”

“These are very serious citations,” said Jon Kettles, a Dallas aviation attorney who has represented families of victims killed in aircraft accidents. “It raises a lot of questions about why he was hired and the safety of the entire operation.”

“Dallas area aviation attorney Jon Kettles and El Paso attorney Enrique Moreno represented the widow of the pilot killed in the accident and reportedly assert that, “The two-week trial centered on claims by the pilot’s family and the injured crew member that a manufacturing defect in a flight control made the aircraft caused the crash during a routine border security mission.”

“The NTSB stumbles over themselves wanting to get press coverage in high-visibility crashes,” said Jon Kettles, a Dallas aviation attorney. “I represent three families, they’ve gotten zero info from the NTSB. The disparity is deplorable.”

“With over 10,000 parts on the aircraft, the crash could have been caused by the failure of a single component,” said Jon Kettles, a Dallas-based attorney that has investigated over 100 aircraft crashes. Kettles says once the tragic shock wears off, the crash could leave an impact on the future of the next-generation helicopter.”Will Bell be able to deliver a safe aircraft?” he said. “Everyone is going to be looking at Bell’s response to make sure they find the cause quickly.”

“For Dallas aviation attorney Jon Kettles, the incident raises questions about how the pilot made it as far as  the cockpit before his condition was discovered. The real question is, what were the other employees at American doing?”